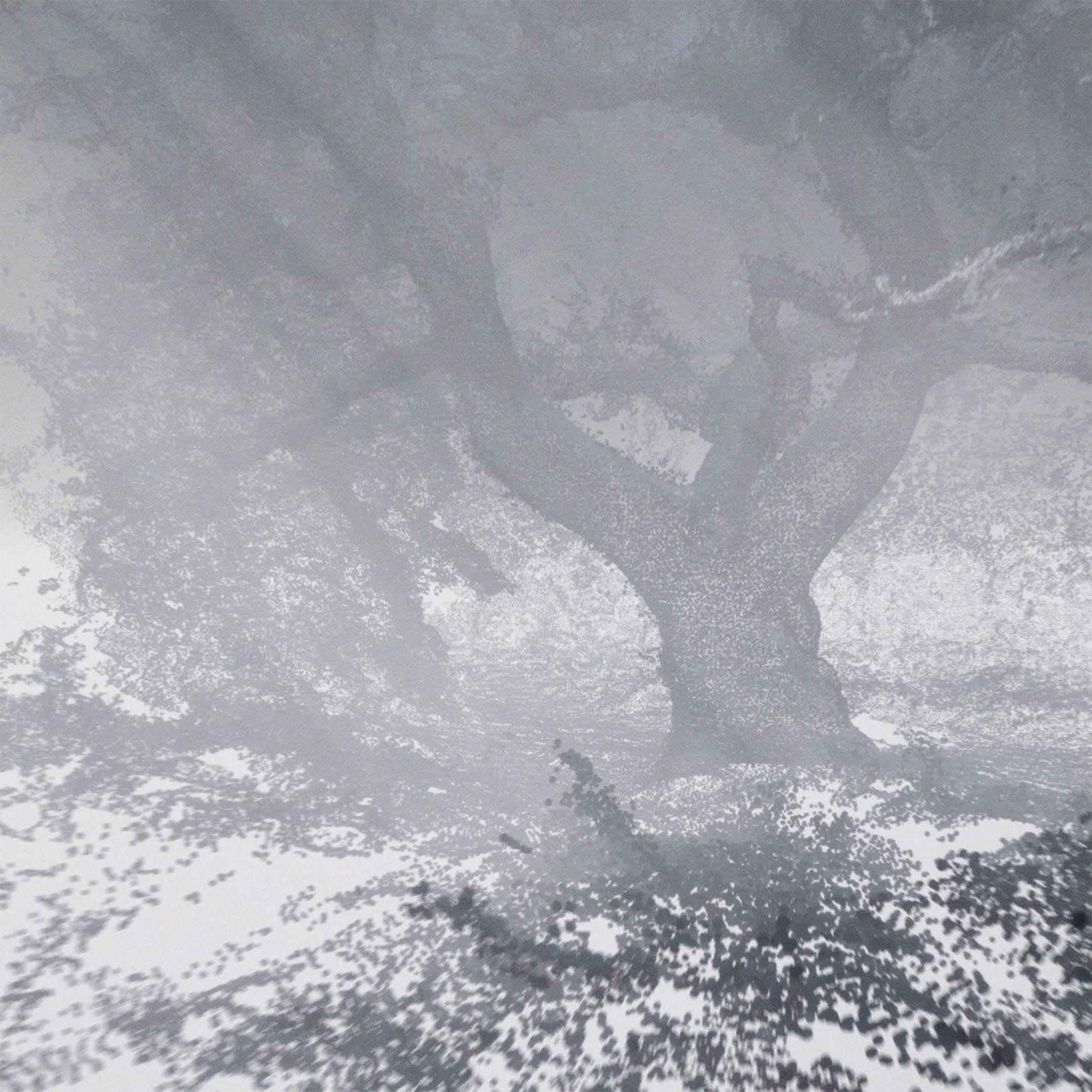 An old oak tree on Hampstead Heath captured on a walk during winter lockdown. The photogrammetry data has been rendered as a point cloud using Unreal Engine. The scan is accompanied by music generated by an A.I. model, OpenAI’s Jukebox, which has been trained to churn out soundtracks based on Hans Zimmer’s complete works. The resulting video captures a moment in time as a fragmented digital memory image. 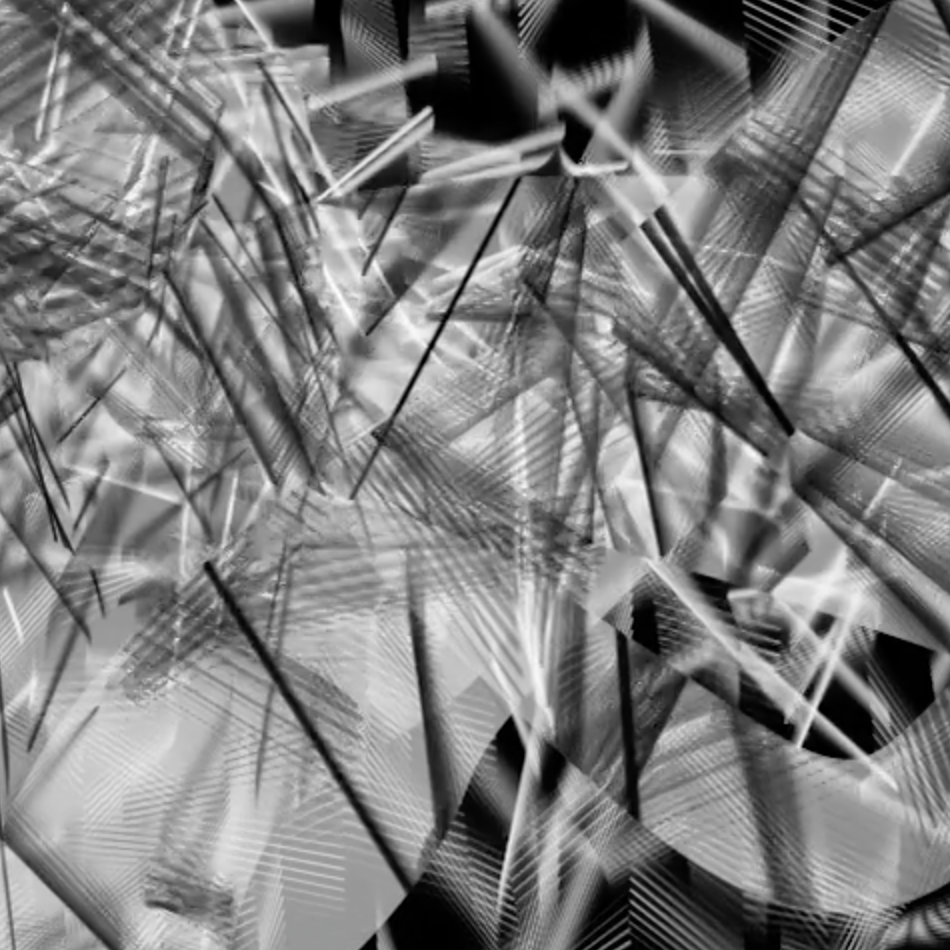 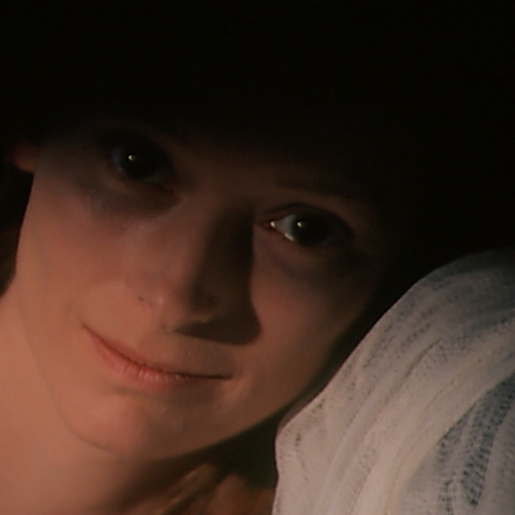 The Redeeming Gift of Humanity is that Each Generation Recreates Itself

Tilda Swinton in Lynn Hershman Leeson's film Conceiving Ada, 1995, predicts on her deathbed that humans would recreate themselves in the future. She depicts Ada Lovelace, a mathematician who wrote the very first computer program in the nineteenth century. Although the film was made nearly 30 years ago, what she says is crucial to the idea of NFTs. Each generation does recreate itself, one way or another. This generation has seen AI and NFTs (and DNA) become a new language for storage and communication. 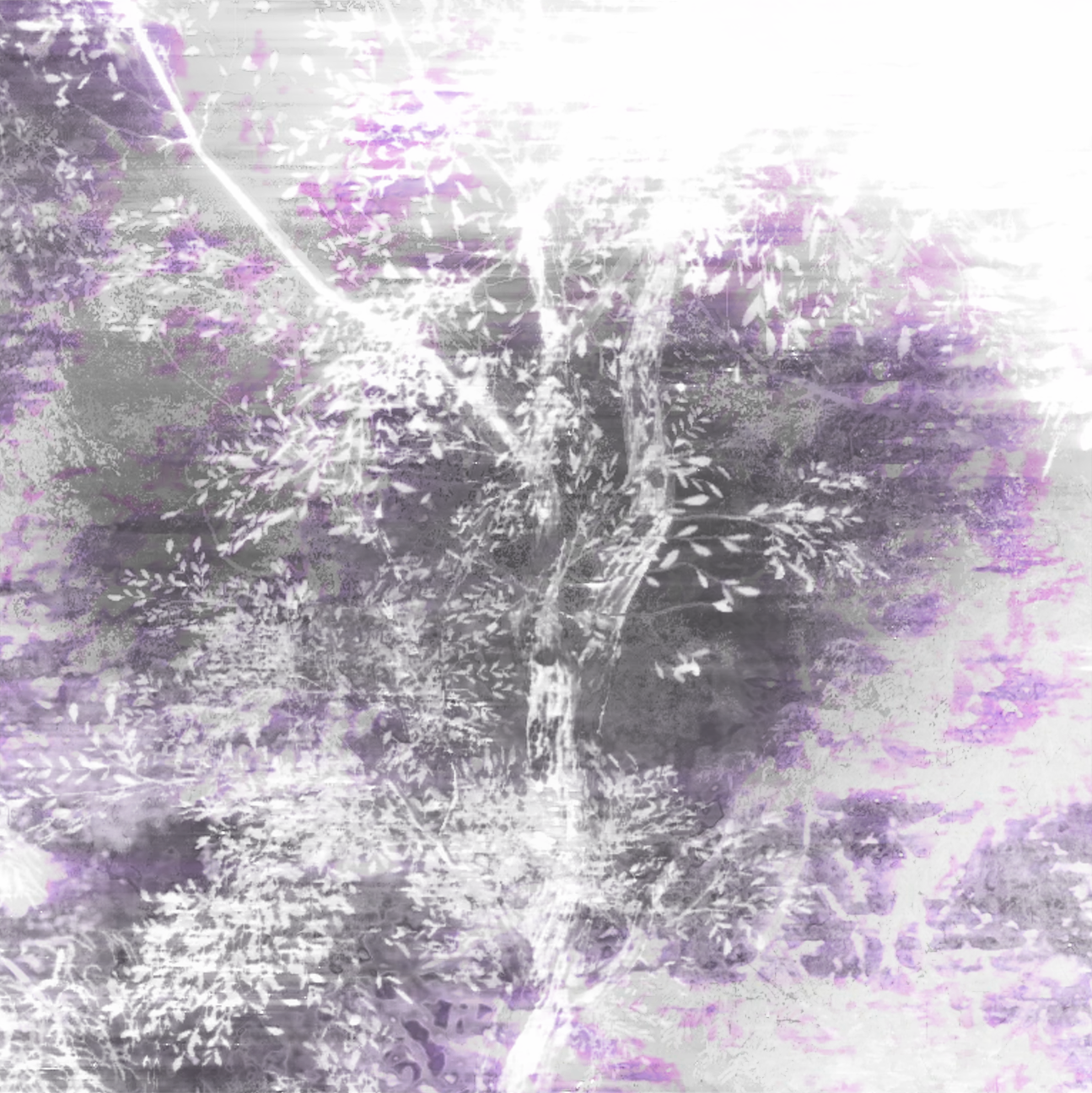 The Relatedness of Neighbors

Inspired by ‘ever-present conversations about machines and sentience’ this video speculates the shift from organic evolutionary processes to electronic evolutionary processes. Cybernetic organisms, partly made of organic structures and part electronic components respond to their environment in a variety of ways at an ever-increasing speed. The video has been performed live in real-time. Soundtrack by TSVI & object blue. Italian artist Matteo Zamagni is a new media artist based in London. He uses technology as a tool to create immersive and interactive videos, installations and performances. His work has been exhibited internationally including the Times Square Midnight Moment; Moving Image Art Fair; Gazelli Art House; Barbican Centre and the Lumen Prize. This work uses a Fair Trade Art certificate and 10% of the artist’s proceeds from the NFT will be donated to Coalition for Rainforest Nations. The remaining profits from the sale will be invested by the artist into a new branch of his practice dealing with research into ecological damage. This certificate includes exclusive access to a still image from a work in progress. 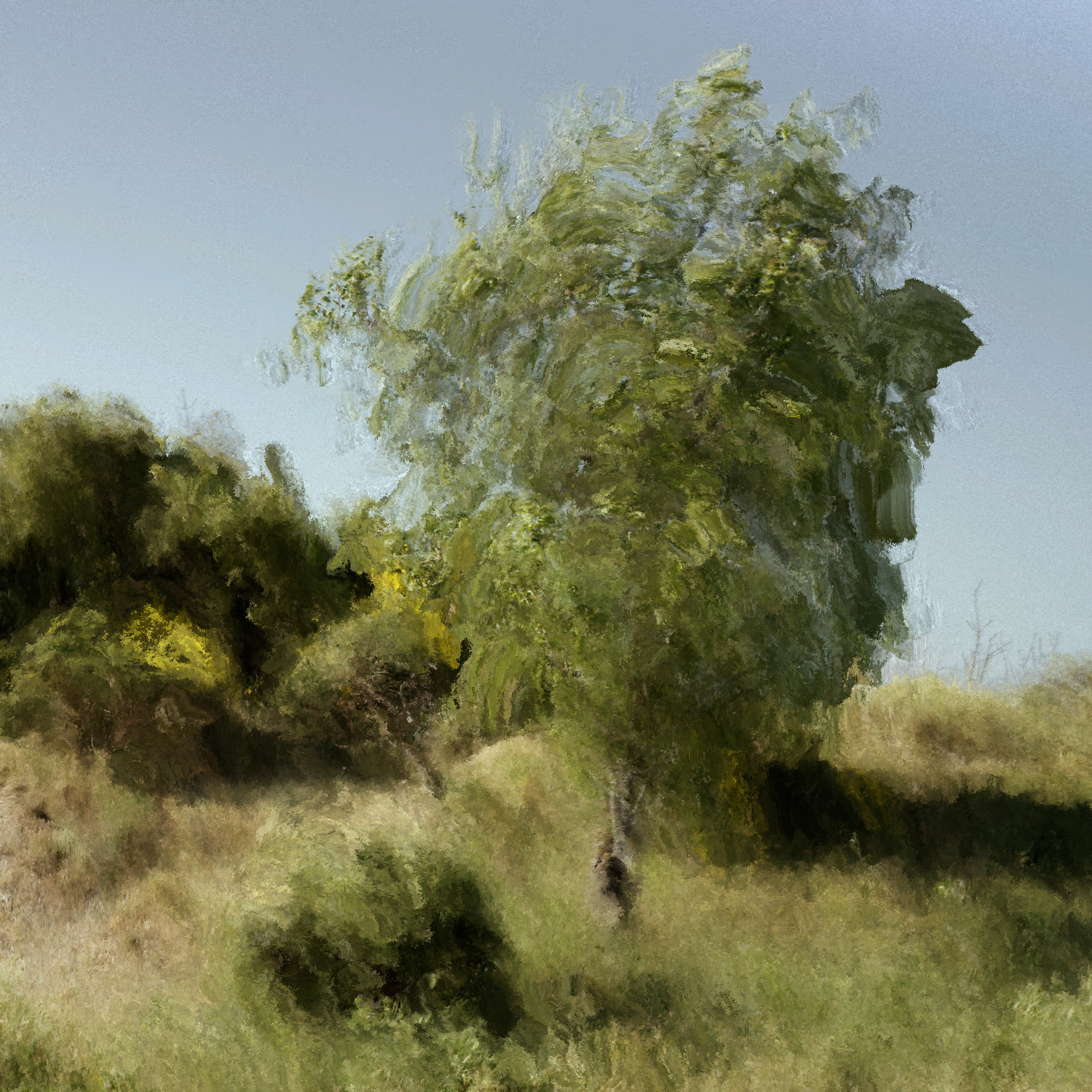 PP_F_018_1 is part of an ongoing series started in 2015 focusing on the heritage of landscape painting, and more broadly a reflection on man's tradition of representing nature. Drawing from Impressionism, Quayola pursues a methodical observation of natural patterns using advanced technological apparatuses. The results of his research are ephemeral algorithmic compositions blending opposite realms: nature and technology, representation and abstraction, and ultimately human and machine. Quayola suggests a new understanding of the natural world, achieved through the collaboration with technology. For PP_F_018_1, inspired by the work of Vincent Van Gogh, Quayola has returned to the same countryside of Provence some 130 years later to capture some of the same iconic natural compositions. The resulting computational paintings are generated by the analysis of ultra-high-definition videos. Employing custom software, the source videos are transformed into algorithmic animations resembling real paint, while simultaneously exploring new digital aesthetics. The winner of the NFT auction will receive a custom archival box with physical certificates, documentation material, a print and an SD card with a 4k version of the work (PP_F_018_1_Full). A professional video player with the work will also be included. 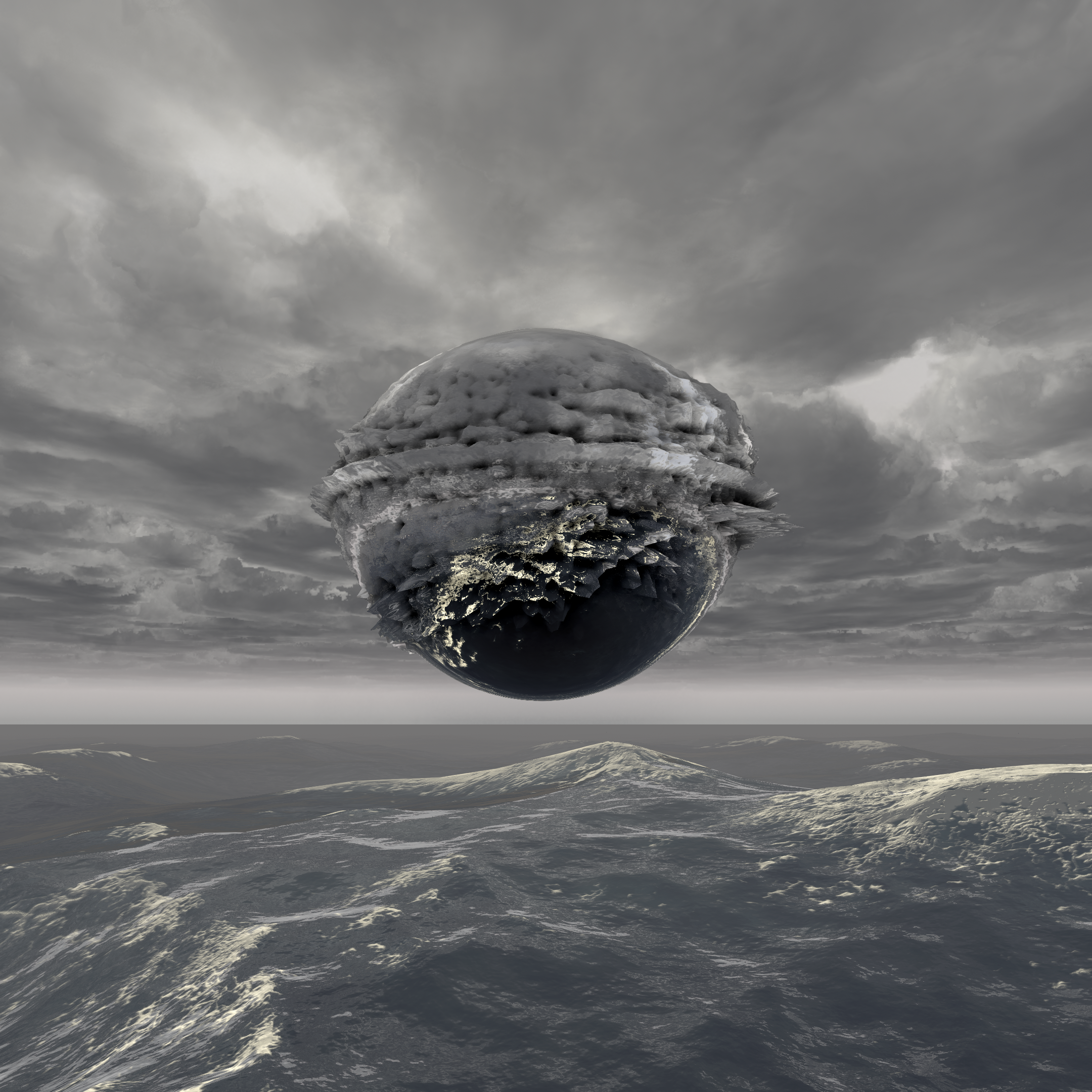 Starting with our first digital artwork in 2008, we discovered the paradoxical nature of the virtual world and its decentralization. We realized that the key geographical point of all Data that has no particular geolocation is Null Island. Paradoxically we could say that it’s a center of a decentralized world, the middle of nowhere, a place with coordinates 0°N 0°E. The spherical object in the ocean is reflecting the physical and digital environment while at the same time distorting its shape digital waves. Physically, this point is located in international waters in the Gulf of Guinea, in the Atlantic Ocean. The location is used by mapping systems to trap errors. Such errors arise, for example, where an image artifact is erroneously associated to the location by software which cannot attribute a geoposition, and instead associates a latitude and longitude of "Null, Null" or "0,0". That is where we’ve placed the AR version of this NFT which you can see through the Recycle Group app. Sound design by Information Ghetto, 3D production by Alexey Severin. This certificate includes access to a 4K version of the video as well as a downloadable interactive app. 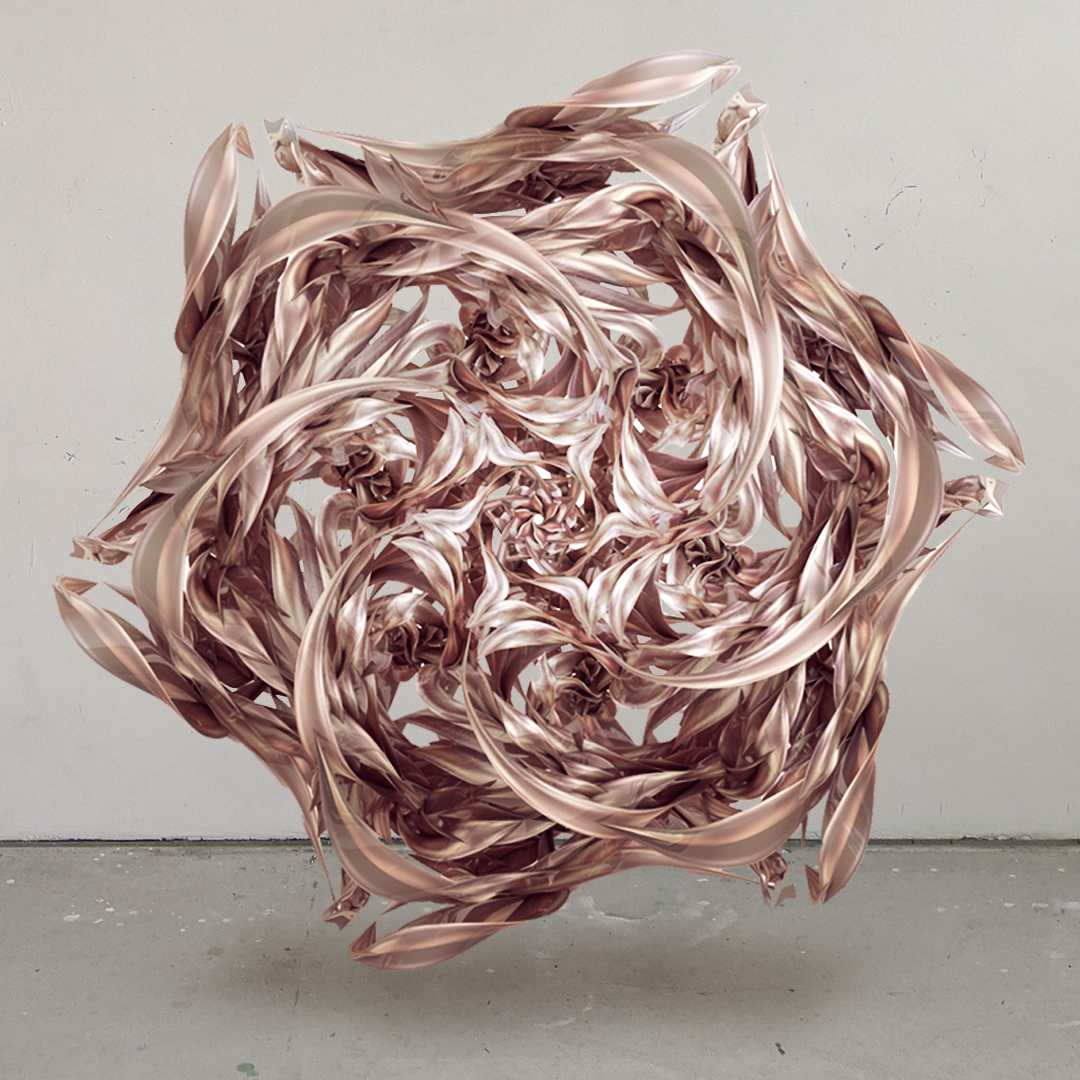 How can objects of speculative value be reimagined as support for mutual aid? Ligatures (Node 1) is a new augmented reality series that connects lines of support — between artist, collector, and collectives dedicated to mutual aid. Node 1 expresses the concept of a multi-nodal decentralized network as an interlocking kinetic sculptural form that changes over time — like a living organism. Through the certificate, the collector gains access to a link to the AR artwork. As a digital piece, Node 1 will exist in 3 locations at once — the collector’s home, the artist’s studio, and the site of mutual aid. 100% of the artist’s proceeds from the sale of the NFT will be donated to EV loves NYC, an East Village grassroots organization that provides emergency food services to those hardest hit by COVID. 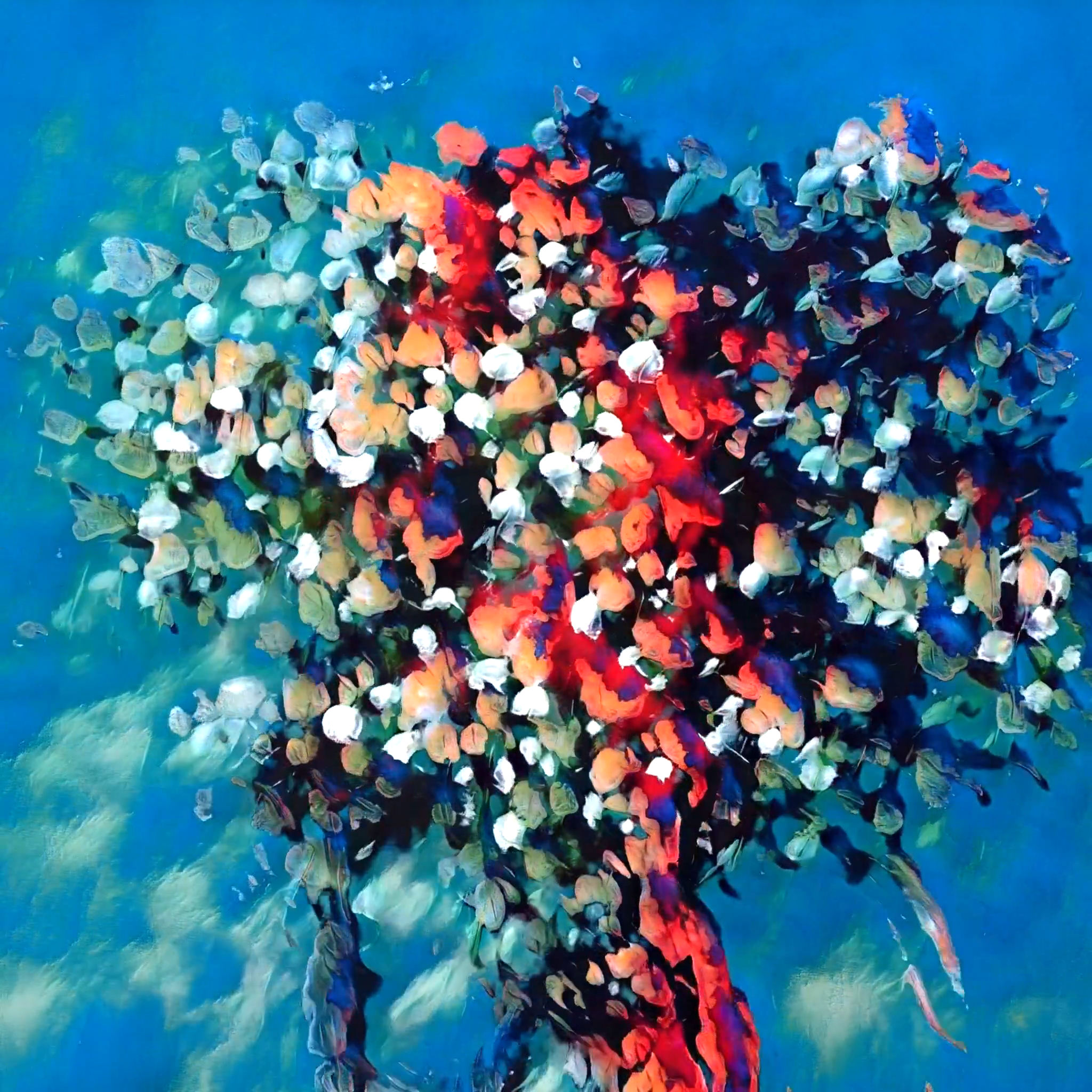 Heartbeats of a Flower

If machines could think, how would they think of plants? Would they see them as inanimate objects or as living beings? 'Heartbeats of a Flower' is imagined as the perception of plants through the eyes of a machine. It was created using a neural network that was encouraged to generate vibrant images of plants. The images were brought to life by the artist's creative use of algorithms.