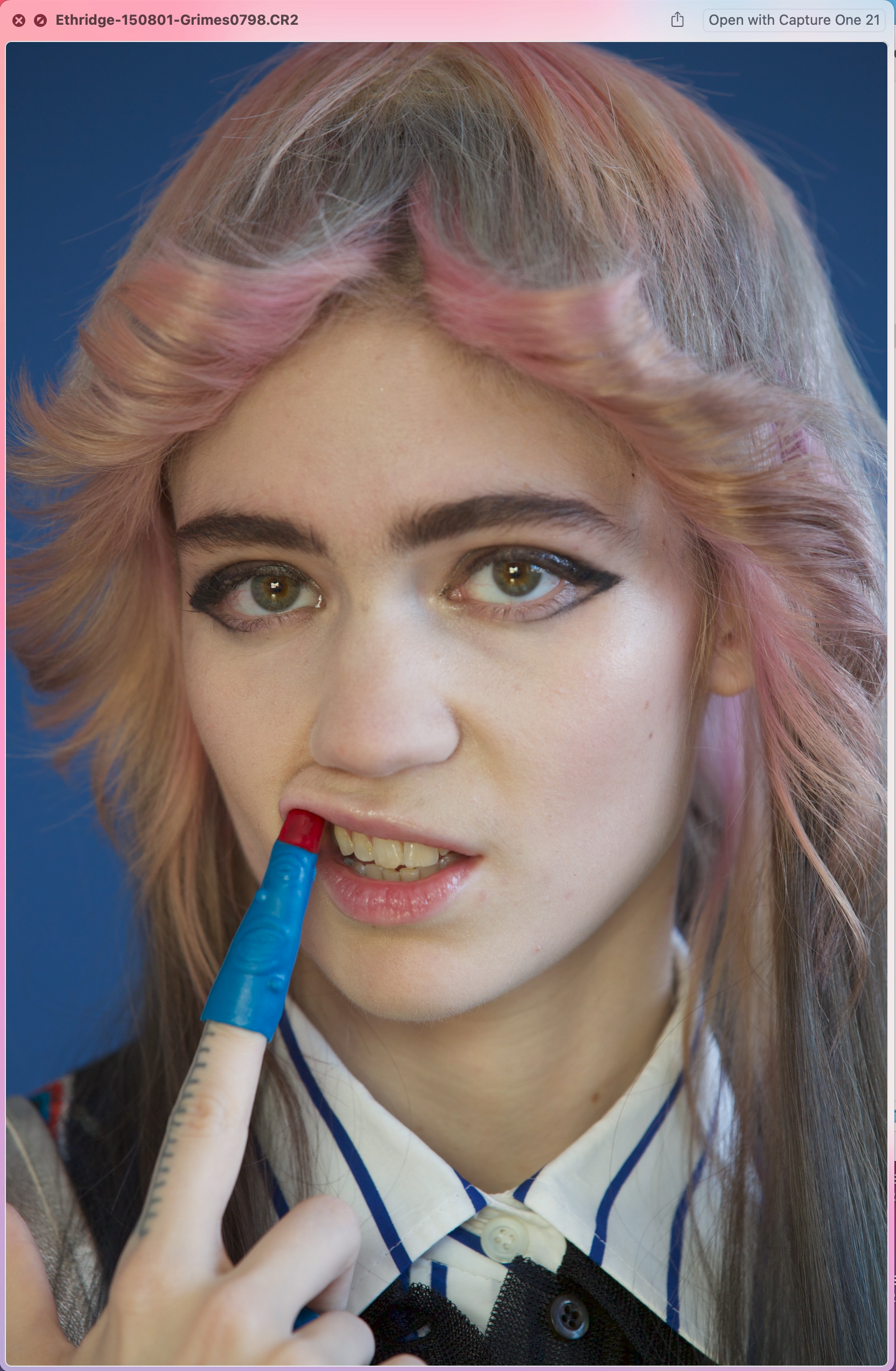 Grimes 3x was originally shot for Dazed magazine in the summer of 2015. The last frame was used as the cover. To create this NFT I took three screenshots and sequenced them in an mp4. I added the stock sound effect of the camera making an exposure, evoking the photoshoot process. I love how these images of Grimes have recirculated over the years since 2015. At the time of the initial shoot, she was hugely popular but not a household name. Presented in collaboration with Andrew Kreps Gallery.

Certified by the creator