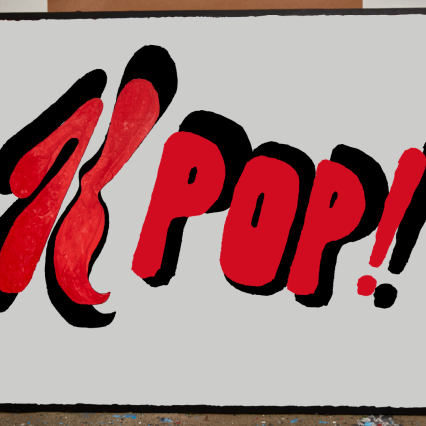 Derek Boshier’s second NFT is drawn from his series K-Pop and created in collaboration with digital artist Shapeshifter7. Inspired by South Korean singing television contest King of Mask Singer – whose participants’ identities are only revealed when eliminated – the NFT depicts cartoon-like figures. The canvas set against the wall provides a clear link to the work’s roots as a painting, now brought to life through animation. Kellogg’s iconic “K” is playfully used as a signifier for both Korean pop music and American consumerism. The work nods to the TV show’s increasingly popular global franchise, highlighting aspects of cultural appropriation and universalist aspirations. For Boshier, these inherent elements of deception, mystery, and audience participation mirror the political landscape of the post-Trump era. The K-pop series that inspired this NFT is currently on view at Gazelli Art House in London until November 14. 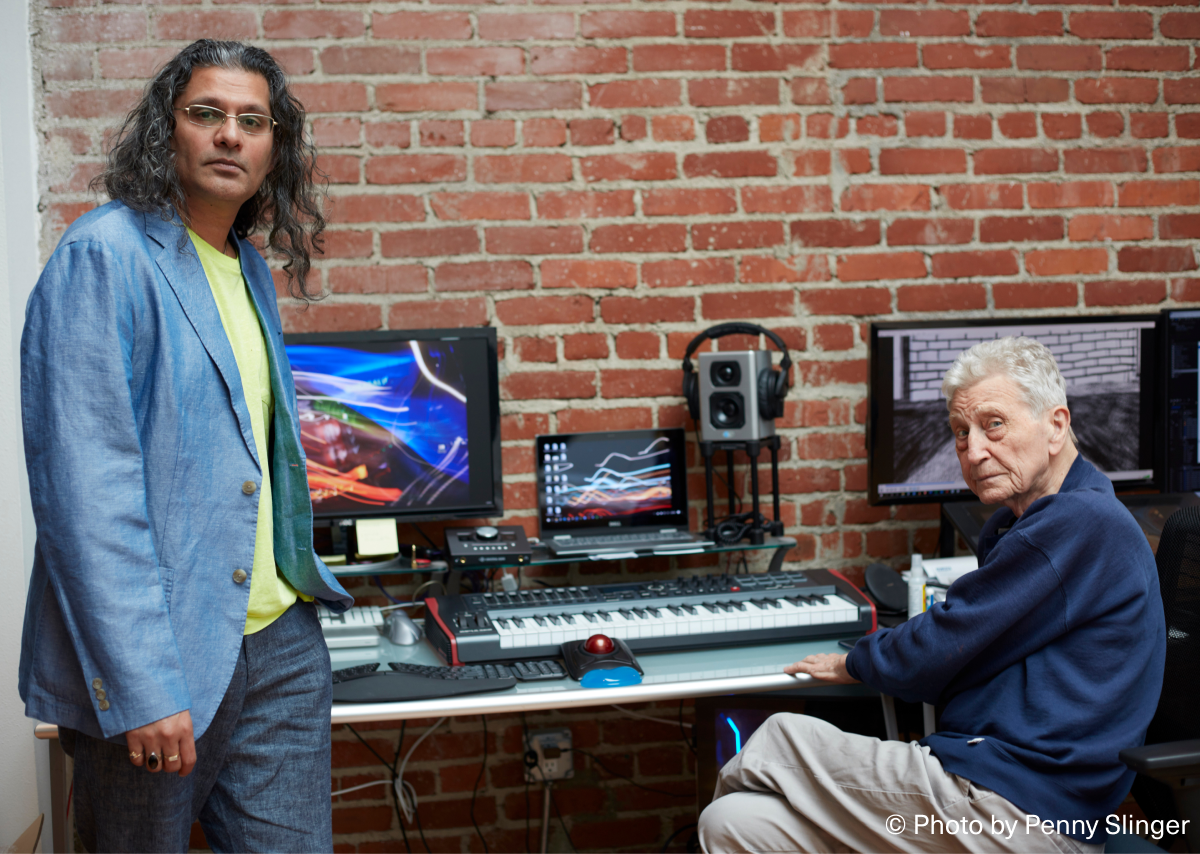 Derek Boshier "One of the godfathers of pop art"

Springing from the British Pop Art movement while he was a student at the Royal College of Art in London. He worked amongst peers such as David Hockney, RB Kitaj, Allen Jones and Pauline Boty.

These artworks began his whole career engagement with popular culture which has continued ever since. He has made works for music groups including David Bowie, the Clash and others. He has worked in various media, painting, drawing, film, books, sculpture, printmaking and graphics.

His works are included in the collections of Tate (London), Museum of Modern Art (New York), and museums in Portugal, Israel, Poland, Cuba, Australia, Holland, Hungary, America, and the UK. He is also in private collections. Derek Boshier is represented by Gazelli Art House.

He is a Guggenheim Fellow, Honorary Fellow at the Royal College of Art and a recipient of film awards at international film festivals in India and the USA. He lives and works in Los Angeles.

Shapeshifter7 has been creating digital art since 1996. He works in photography, collage, film, animation, music, and figurative art. He makes artworks that echo and recompose the architectural spaces he photographs, turning them into immersive zones while exploring the nexus of photographic collage, symbols, and perception. He lives and works in Los Angeles.

Founded in 2010 by Mila Askarova, Gazelli Art House brings a fresh perspective to Mayfair. The gallery champions artists from across the globe with a focus on those at the height of their practice, presenting and contextualizing their work to new audiences.

With galleries in London and Baku, Gazelli Art House has a specialist focus in promoting art from Azerbaijan and its neighbors to further a greater understanding of the rich linguistic, religious and historic ties that connect this geography.

Since 2015, the gallery has expanded to support artists working in the realm of digital art through its online platform Gazell.io. In 2020, it established the Gazell.io Project Space and VR library, the first permanent home dedicated to digital art in Mayfair.

What is NFT art?

NFTs are breaking down barriers to access for digital art. It’s a space that has seen explosive growth and provides a new and exciting way of collecting art. Many NFTs also provide royalties on secondary sales, ensuring artists benefit from their work in the longer term.

How does collecting NFTs work?

When you buy an NFT, you buy a unique token and the work of art linked to it. Each transaction is registered on the blockchain showing a clear history of ownership. To purchase an NFT on OpenSea you will need to use the cryptocurrency Ethereum.

What is a Verisart Certificate?

Verisart certificates help creators build trust with collectors and tell the story of their work. With our patented blockchain certificates, artists can create permanent digital records for physical and digital creations.